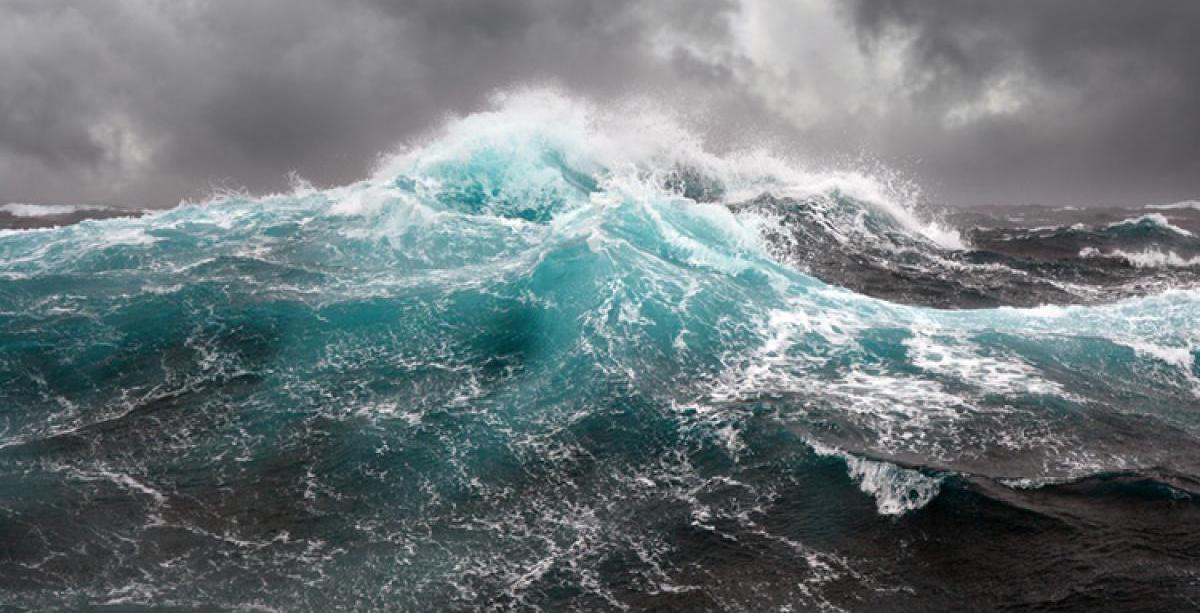 During the pandemic, I’ve done my civic duty and spent lockdown reading a ton of random stuff on the internet. In the midst of a Wikipedia binge, I went down a rabbit hole on rogue waves: massive waves that occur in the middle of the ocean, endangering ships and generating kickass Youtube content.

The concept of a rogue wave reminded me of a particularly challenging stage in the life of many venture-backed enterprise SaaS startups. Similar to how a rogue wave forms, during this phase many Small Problems coincide and create a Big Problem. Also like rogue waves, this moment in the life of a high-growth enterprise SaaS business is uncommon – it seems to occur around $5-20 million ARR, which relatively few companies reach, and can seem almost mythical. And finally, the effects of both rogue waves and this challenging startup stage are predictable: if you spend long enough on the high seas, they’re waiting for you.

I’ve seen this phenomenon both in-person as an operator and as an observer of other companies, and I do believe it’s real. I’m writing this essay in order to:

Hopefully I can be the crusty old mariner bringing back tales that others find useful. 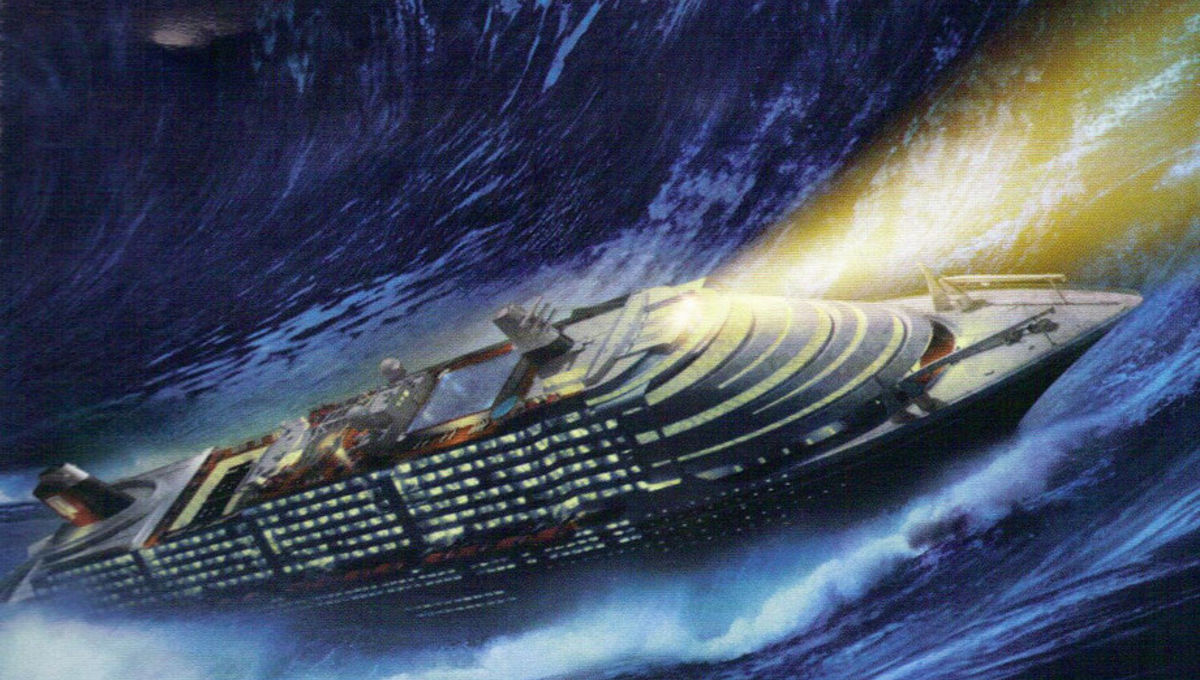 Startups can be stressful

The rogue wave typically seems to hit between $5M and $20M in ARR. If you’re operating with a common venture-backed SaaS model of $1-200k ARR per employee, this is around where you’ll hit the Dunbar number of ~150 people: the point where you can no longer operate as a large family, and need to start acting like a corporation. (Note that the post linked is from 2012 – SaaS has since exploded, and more companies are raising huge rounds and hiring more on less revenue)

Crossing the 150-person barrier is both operationally and emotionally difficult:

This transition point is also when many leaders who excelled in scrappy startup mode struggle to level up in a larger organization. Some successfully scale themselves (slow, painful) and others will leave the company (fast, but often even more painful).

Many of the first contracts that you closed post-traction come up for renewal around this point (in the enterprise – SMB SaaS has less predictable growth profiles). If you’re following a triple-triple-double-double-double growth path, you’ll be at roughly your second triple. There will be too many customers for the founding team to personally visit and retain everyone.

At this point you’ll need to renew “real” customers, not just friends who took a flyer on your infant product. These aren’t the earliest adopters who will be with you through thick and thin and are really closer to partners. These are real live paying customers who will leave if your product is screwed up. As these renewals approach, a mature post-sales motion becomes essential.

The expectations around your revenue also become more real at this stage. Under about $10M ARR, your revenue projections can be a mild shitshow. But the expectation that you’ll have at least some semblance of predictability steadily increases.

And through it all you need to continue to scale the product. Your code is no longer a series of never-ending green fields rolling off into the distance, and non-trivial parts of your product will need to be meaningfully restructured. You’re burdened by decisions made years ago, often by people who are no longer on the team.

This is especially true for enterprise SaaS. Enterprise products are much more unwieldy than jewel-box consumer products, as they have to support many more users and workflows. Consumer products are like Chipotle: a small, carefully curated set of menu items, built for elegance and efficiency. Enterprise products are like the Cheesecake Factory: you can get steak, pasta, a milkshake and 4 kinds of margarita in the same meal. You need to level up how your team builds products.

I’m writing about this phenomenon because if you haven’t seen or heard about it, there isn’t really a good way to realize that it might be coming. Even if it isn’t preventable, it’s better to know what’s on the horizon. After all, being able to see around corners is why many companies hire experienced operators.

I won’t claim to be an expert on how to react, but I can share a few things that I think work well and a few that don’t, and what I would do if I had to go through this phase again.

First, I would do my best to get the right team in place in advance. In particular, I would make sure that I had very strong functional heads for the functions that will be strained the most: Product, Engineering, Marketing, Sales, Support, and Customer Success. You don’t need every role covered, but it saves headaches to know that some parts of the team are bulletproof. This isn’t the time for unforced errors. 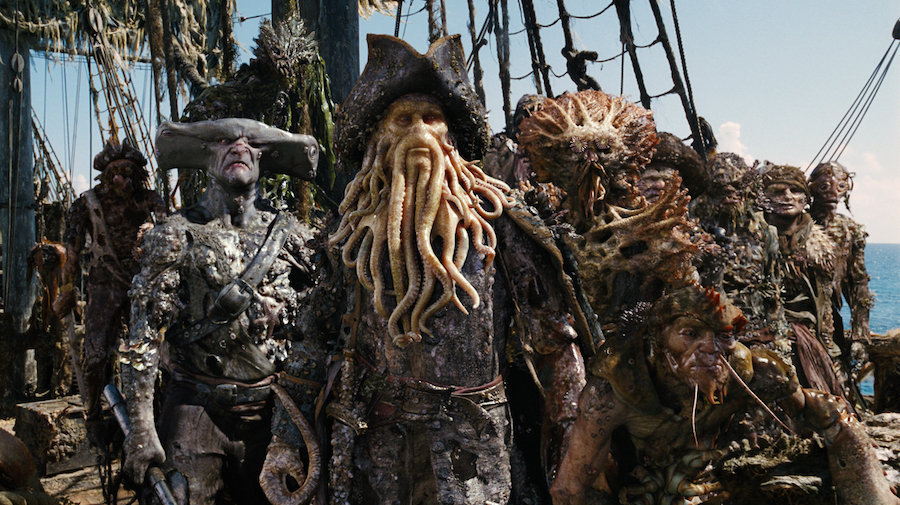 You want a senior crew. You can tell that Sharkman here has experience and won’t freak out when the database goes down or a large account churns.

I also recommend hiring senior team members who can help see around corners and anticipate issues. This is a taxing time period because it’s so damn busy, and raw, well-directed horsepower tends to carry the day in those situations. More importantly, seasoned operators have typically seen challenging times before, and have the composure to handle them calmly because they know that things are always on fire.

It’s tempting during these busy times to make very junior hires such as new college graduates or coding bootcamp grads just to put butts in seats. These folks can be excellent hires in calmer times, but the chaos caused by too many inexperienced employees is very difficult while you’re cresting the wave.

Startups are generally fairly stressful, and that’s heightened in this time period. When operational problems strike in stressful times, it’s common to blame the people involved rather than processes – in reality, bad processes or incentives are usually the root cause.

Generally speaking, the faster you’re growing, the more lightweight your processes should be. When you’re in rapid scaling mode your operational tempo is constantly changing, so there’s no point boiling the ocean to create a perfect process when next month so much will have changed.

For example: when confronting a startup rogue wave, I would not choose to reinvent a completely new system for launching new features. Instead, use 20% of the time to set up a simple, predictable process that gives you 80% of the value. Example: set up a recurring check-in meeting where upcoming releases are discussed by PMs and Tech Leads + a Slack thread where all new releases are announced when they go-live. It won’t be perfect, but you can get this up and running in 15 minutes.

This is not the time to hedge your decisions or waffle on strategy.

For example: in general, I prefer to give people a generous window of time to grow into stretch roles. Promoting from within builds continuity, leads to a more invested team, and motivates others by demonstrating that you’re creating strong career paths. But in this phase it’s especially important that you commit to keeping or replacing leaders fast, as there’s just too much going on.

If you’re 30% of the way up a 100 foot wall of water and decide to adjust course, you’re going to get slammed.

Whatever you do, don’t freak out. When it feels like shit is hitting the fan everywhere, it’s easy to want to react and search for magic solutions. Hire a new Head of X! Spend less! No wait, spend more! Pause development and focus on tech debt! Actually our largest customer needs more features, cancel all tech debt projects!

In reality, to take a line from The Sopranos, it won’t be cinematic. Life isn’t a movie. There are no magic fixes – this challenging phase gets resolved by showing up and executing in an unflashy way for months. Magic fixes never really exist, and that’s especially true since this crucible stems from several medium-sized problems amplifying one another.

Searching for a unified solution to your troubles risks distraction. The road is reasonably straightforward and the challenges are tractable: there are just a lot of them. Just like an actual rogue wave, you can’t flee or dodge the factors that make crossing these rogue waves so difficult. You succeed by pointing your boat right at the problem and hitting the gas. Keeping calm doesn’t mean being stubborn or refusing to change, but it does mean that you can’t second guess your decisions – especially when it feels like you’re climbing a wall of water.

Not everyone makes it over the wave – of the roughly 10 cases that I’ve observed, roughly half had their growth stunted for at least several years after hitting this stage. In my opinion this SaaS rogue wave should be taken seriously.

But the good news is that once you’ve crossed the wave, you can speed up again. As you’re rising up the wall everything goes into slow motion; but once you’ve crested the top, your acceleration can increase again as you’ve set yourself up with a more stable operating model and a hardened team.

This is a wonderful time, as there’s so much opportunity. Your team is still in place. The market opportunity is there, and people are buying. And once you’re over the top, the water is much calmer towards the horizon.